Prosperity: Its About Politics


Between Eisenhower and Clinton, we saw a dramatic shift in the political landscape in ways that made it much, much harder to make a positive case for government. Real-world events including stagflation in the s, and the failures of some of the monetary policies that were taken in that period, played a role. Beyond that, we point to three enabling changes: shifts in business, the Republican party, and the ideology of economic and political elites. They have this sense of government as inept, corrupt, and unable to perform even basic functions.

But Americans also believe government has an important role to play, and they actually think the government does a pretty good job in specific areas, from environmental protection to retirement security. So while the shift in public perceptions is important, I think the shift in the broader ideology around government has been led by business and political elites.

We went from an industrial economy to a financial economy. As business elites became more tied to finance, they became less tied to particular places, less tied to production, more focused on short-term stock market movements, and less supportive of the mixed economic model that had defined the 20th century. Business associations moved dramatically to the right. The Chamber of Commerce became closely tied to the Republican Party and effectively a lobbyist for hire for narrow business interests.

And Charles and David Koch, committed libertarians, created their own network that rivals now the Chamber of Commerce in size. They created a set of advocacy organizations and lobbyists who push for a small-government philosophy. Like the Chamber of Commerce, even as they extol free markets they are quite willing to support the narrow interests of specific sectors of the economy, most notably the fossil-fuel industry.

Eisenhower and even Richard Nixon were part of a broad moderate swath of the GOP in the s and s.

Moderate Republicans were more conservative than Democrats, but they understood government had an essential role to play in providing the basic fuel of the mixed economy. As late as the early s, for example, George H. Bush supported extension of the Clean Air Act, the Americans with Disabilities Act, and a budget deal that looked much like the one that Bill Clinton supported in We have a political system that requires and historically has facilitated compromise.

The negative view of the government among the business and political elites became a self-reinforcing dynamic. Everyone attacks government.

No one is willing to say something positive. Which in turn reinforces the negative sentiments both among the elites and the public. Historically the Democratic Party has been the party of government. There's no question that the Democratic Party has been a less vigorous voice for the mixed economy than it once was. But there are some signs of a renewed recognition of the fundamental need to restore some basic faith in government.

Over the long term, a balanced, centrist approach, built on compromise, is best for the mixed economy and overall prosperity. He strongly argued that scientists and not government bureaucrats should be deciding the course of research. Vannevar Bush was also a conservative Republican who felt the public sector had to spend enormous sums of money to get science going because the private sector wouldn't do it. For a contemporary counterpart, I think, you'd want to look to private-sector leaders, partly because we've so hollowed out the capacity of government, and partly because our public officials have become so much more partisan.

Today, it would be so valuable if someone like Bill Gates were willing to stand up and forthrightly talk about the need for effective government. I think there are ways in which he has benefited from distortions of the market, but he is respected as a business leader and has said, again and again, that he doesn't think that the market alone can deal with the challenges we face.

What I find dismaying is that the mobilization that we've seen from corporations and business leaders has mostly been around seeking the narrowest possible benefits. We need a well-functioning government.

'The Poverty of Prosperity'

Obviously someone will have to come up with a more evocative way of saying that. But to me, the first step toward reversing the spiral of silence is to stop being silent.

With this book, Paul and I are trying to speak up as best as we know how. We need to see government in a much clearer and more forgiving light. There are a lot of examples of government screwing things up, but there are also enormous examples of government making our lives better. More progressive segments of the business community are becoming alarmed about the failure of our country to adopt a problem-solving orientation, at the national level, toward the major issues we face.

I think the pressure both on the right and the left—from Trump and Sanders supporters—could be a powerful spur to start to address the sources of popular discontent. Leaders talking about government in positive ways, leaders employing government in positive ways, and the public reelecting leaders who do those things. If we can implement a sensible set of policies that respond to issues like global warming, rising inequality, and the strains that families are facing with education, hopefully that would increase the degree to which people feel government can actually do something positive in their lives. 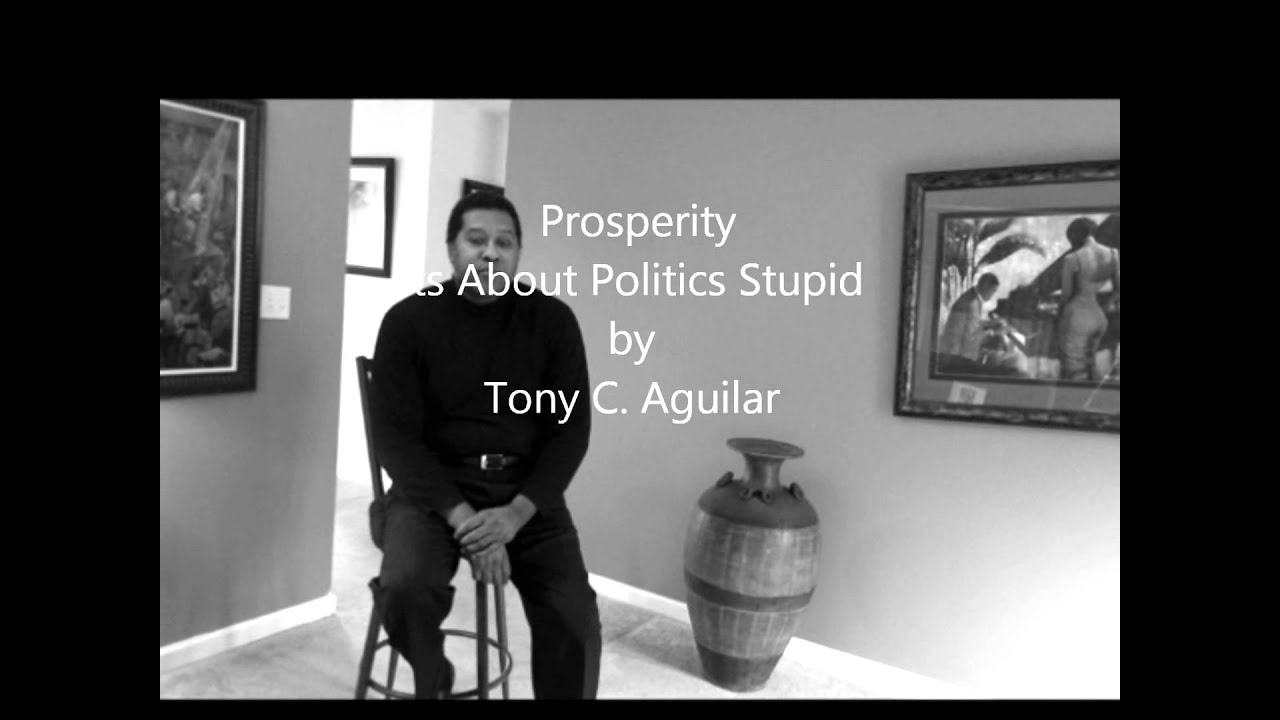 The issues facing us are not insuperable. The problem is the politics. We have to figure out how to make our political system more responsive and more capable of acting when there are majorities of Americans that demand action. We outline an ambitious agenda for reform in the book. None of the ideas involves constitutional changes. Search Submit search Suggested Search.

Movement for Change and Prosperity

Peale echoed this sentiment half a century later. It is a theology of aversion, relentless smiles and positivity—the Wal-Mart of faith. Today, that contribution is seen throughout the developing world, an artifact of colonialism prevalent especially in sub-Saharan Africa and Latin America. The prosperity gospel may be exploitative , but it offers the profound hope that the individual has the power to change their life. His relentless focus on positive thinking and material success gets at the heart of the prosperity gospel. On the contrary, it is a power to be tapped.

After all, the average Trump supporter is wealthier than the average American, and did not vote for Trump for economic reasons, at least not exclusively. Unlike the Religious Right, prosperity preachers were fairly nonpartisan before —White preaches to a largely black congregation in Florida.


But there is little cable-watching Americans love more than their televangelists—many of whom teach the prosperity gospel—and the madness of primetime Fox News; their overlapping viewership was a hidden voting bloc waiting to be unleashed. Like St. Thomas Aquinas eying Aristotle and the Medieval church, Trump saw America was hungry for a neo-Scholastic fusion of right-wing politics and prosperity theology.

When Fox News first emerged in , it instantly filled a vacuum in American media. Roger Ailes, the longtime conservative operative who founded the network, built it explicitly for this purpose. The network delivers more than news—it provides its viewers with a complete worldview. Political propaganda works for precisely the same reason the once-apolitical prosperity gospel does: it is a solution to the problem of evil. In propaganda, all bad in the world is caused by a few stock villains, and all good from a few vague virtues.